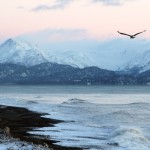 “Want to know how rich you are, find out how many things you have that money can‘t buy.”
-Kushandwisdom

Two people very dear to me passed away in the last few months: Lewis Merrick and Joan King. I considered them not only dear friends but spiritual guides and leaders as well. Having them in my life has made me rich because of their love, compassion and wisdom.

Lewis, a black man, who lived until just before his 73rd birthday, knew how to love and create connections. He lived through adversities of all kinds – long-term physical abuse by his grandmother and everything that comes with being a black man in the United States of America. Instead of bitterness and anger, he walked through life with a deep compassion

and a willingness to help others navigate strategically through life – whether it was teaching young black teenagers from Watts how to enter, survive, thrive and succeed in college or being a broad shoulder for his numerous friends. Hundreds of today‘s thriving professionals are the result of his work and I, like many others, am fortunate and blessed to have had him as a friend. Lewis was my rock.

Joan King, a white woman who grew up in New Orleans, became a Dominican nun after graduating from college. She studied and taught science as a nun until she realized that the church did not operate in alignment with the values she held dear. She left the church and entered academia, becoming a neuroscientist. When she decided to end her academic career, she was a professor and department chair at the Tufts University School of Medicine. Shortly after that, she became a Master Certified Coach and I was privileged to study under her. Joan always encouraged me to fly like an eagle.

When I think about what makes them so special to me, it has nothing to do with their many accomplishments or achievements. Rather, it was because of who they were and the love and blessings they brought into this world. Although they have passed on into another dimension, I hold them here with me on earth in my heart and memories and can access their love and laughter at any time.