Times of Crisis : Who Are You? Who Are We? 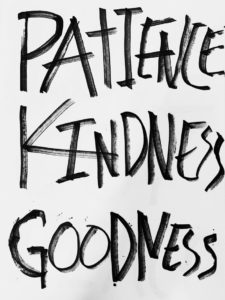 In a crisis such as the pandemic we are experiencing now, how do we see ourselves and others? Do we see each other as fellow community members or as dangerous predators? These are the questions at the beginning of Rebecca Solnit’s powerful book, A Paradise Built in Hell.

During Hurricane Katrina there was a clear distinction between the way people altruistically helped rescue complete strangers and how the police, media, and government officials saw the people of color in New Orleans. Rather than being told to protect people, police and soldiers and others were told to protect property and “shoot looters.” Today, medical personnel are risking their lives on a daily basis, individuals earning the lowest wages (teachers, restaurant, grocery and corner store workers, truck drivers, etc.) are performing essential work, and humor and creativity is bubbling up, in the midst of pain, grief and suffering. Rather than mass hysteria, people are patiently waiting in line six feet apart when grocery shopping.

Solnit’s research demonstrates that during disasters, human beings do not turn into the savage, selfish beings that disaster movies and the media portray. Rather, she writes, “the prevalent human nature in disaster is resilient, resourceful, generous, empathic and brave.”

Those few individuals and groups, such as those demanding that governments end stay-at-home orders or those who refuse to wear masks, are the same people who behave selfishly and from positions of entitlement whether there is a crisis or not. They embody the ideologies that undergird the failures of our society, such as rugged individualism, materialism, and white supremacy (as did the police officer who handcuffed a Black doctor who was helping the homeless).

These ideologies serve only the wealthy and powerful and create false images about the nature of humanity. The true “savages” are these protestors, the corporations taking advantage of funds that are supposed to keep vulnerable small businesses afloat, companies like Amazon and Whole Foods, that see profit as more important than protecting their employees, and those who see bailing out huge corporations as more important than providing funds to people and communities in need.

Who are you? Who are we?