Take a Moment of Reflection: Transition and Identity 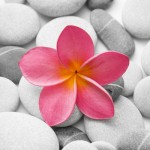 “Any real change implies the breakup of the world as one has always known it, the loss of all that gave one an identity, the end of safety.”
– James Baldwin, Nobody Knows My Name

Any kind of change can be hard but the hardest changes are the ones that impact our identity and sense of self. After taking my 18 year-old daughter to college at the end of August, I experienced that kind of transition. Once she was gone and I was left with an “empty nest,” it wasn‘t so much her absence that was the most difficult (although of course I miss her), it was the feeling that part of my identity had ended when she left.

For almost two decades, I have strongly identified with the role of being a mother. In fact, that was a centerpiece of who I felt myself to be. With her no longer here, I experienced a kind of identity crisis. Having left an intelligent, independent young woman at her college of choice, it felt like my primary job of being a mother had ended.Â Â  I was out of work. What was I supposed to do now?

I can just hear some of you laughing right now – particularly those of you whose college-graduated children are back at home. On an intellectual level, I understand once a mother, always a mother. And, of course, I know my daughter still needs me. Nonetheless, I was experiencing a sense of void and loss and a feeling of being adrift.Â Â  So, I had to find a way to redefine myself to myself in a way that doesn‘t have me as mother as the main focus. With a sense of loss, however, came a sense of opportunity. I‘m enjoying a new sense of freedom as well as a different kind of relationship with my young adult daughter.

Are you experiencing a transition that‘s impacting your sense of identity? How can you reframe your loss into a feeling of opportunity?