Take A Moment of Reflection: Leaving A Legacy 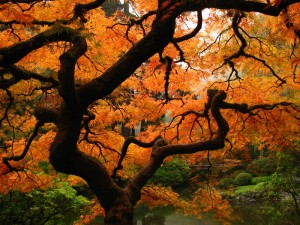 Within seven weeks almost to the day that my father passed away last November, my mother followed. In some ways it was a surprise, and in other ways, it made complete sense. They were both 91 years old and had been married 62 years. An image that remains ingrained in my mind is a time after I had taken them to dinner and was driving them home. The weather was nice, so instead of dropping them in front of their house, they asked to be let out at the corner to walk the rest of the way home. They exited the car and I watched as my father gently took my mother‘s hand and they walked slowly together up the slight incline of the block to their house; she walking with the aid of a cane and he, always a fast walker, slowing down to keep pace with her.

For the past two months, I have been going through their belongings and papers and yesterday, my brother and I, with significant help, emptied much of their home to get it ready to go on the market. Today is probably the first day that the grief hit me hard. There has been so much to do since they each passed, there has been barely any time to be and to feel and to reflect. Now that my parents have made their transition, I am left face-to-face with my own mortality and a realization that there are certain questions that will now remain forever unanswered because there is no one alive who can answer them. I keep finding myself thinking of asking one of them something only to realize, yet again, that neither of them is there to answer my question.

Nonetheless, my parents left a clear legacy. They left a legacy in the way they lived their lives; from the community activities, organizing, and demonstrating they engaged in (my mother was involved in Women’s Strike for Peace, an organization created in the 60’s in opposition to nuclear weapons and war, and both were involved in early work with the NAACP, the Vietnam Anti-War movement and other political activism), to the books they read, to the friends they had (their friends included a man who was a member of the Lincoln Brigade who went to Spain in the 1930’s to fight fascism), to the values they held and passed on to us (most importantly, the responsibility to leave the world a better place).

They left a clear legacy in other ways as well. My mother, whom everyone at their joint memorial described as stylish, and who was a gifted artist, left her sense of style and artistic talent to my daughter. My father had served in the Army Infantry in WW II. I was delighted and proud to give the medals he earned to my son who recently joined the Army Reserves.

It’s daunting to realize that my brother and I are now the repository of the family history and it is up to us to leave a legacy. What legacy do you want to leave?