From Outrage to Forgiveness and Healing 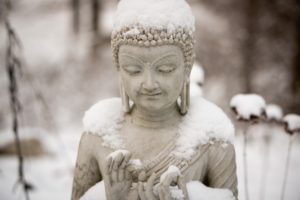 Wispy memories: My father fondling me when I was a toddler. Dragging me around my room by my ankles when I was twelve while, in my mind’s eye, my mother is downstairs in the kitchen calmly drinking a martini. I had no voice, no protection, no power. Sexual abuse tears at the psyche, soul, and spirit. The impact never ceases. Sometimes, the trauma is repressed and doesn’t come to the surface until decades later. That was my truth.

Though I didn’t remember my childhood sexual abuse until I was an adult, I grew up feeling ashamed, worthless, and unloveable. I felt I was damaged; whatever happened must have been my fault. Having a man in my life was the only way I felt loved and worthy.

Then came rage and deep fear. I was furious that my parents would not acknowledge what my father did to me as a child. I was afraid that they would deem me insane and have me committed to an insane asylum.

What I know from my own experience is that the journey toward healing is neither quick nor easy. It’s impossible if we remain polarized and see ourselves as victims who need to attack our perpetrators. When I was feeling hurt and vulnerable, I lashed out at my parents, villainizing them in the process. I felt it was important to express my rage and I did so over and over—verbally and in letters. But the final step for me to heal required me to forgive my parents, seeing them as human beings with human frailties.

Often when I share my story, people ask me how I could forgive my perpetrator. I make clear that forgiveness is not condoning or excusing what happened. It is not a gift to the other; it is an essential part of the capacity to heal. I needed to move past seeing myself as powerless, so I could become a self-empowered survivor.

My ability to forgive happened in stages as I realized that:

Because I was able to overcome my limiting beliefs, I began to help others do the same. In my work as a transformational coach and healer, I help women find their voices and heal their spirits. I rejoice each time a woman publicly joins the #MeToo Movement, breaks her silence and receives validation from both men and women. I also know that that is part of a long journey of healing.

Tarana Burke, an African American woman social justice activist who founded the #MeToo Movement, also chooses to focus on healing and restoration, rather than revenge or demonizing individual perpetrators. She speaks of the need for the media to take their focus away from perpetrators and begin to “address the systemic nature of violence, including the importance of race, ethnicity, and economic status in sexual violence and other forms of violence against women.” This is the only way, she says, to “radicalize the notion of mass healing.”

An example of forgiveness as essential for healing is the choice of Mary Johnson. Her son, Laramiun Byrd, was murdered by Oshea Israel. Johnson’s first reaction was to hate. She “viewed [Israel] as an animal” and was furious when the judge reduced the charges from first to second degree murder. Then, after years of anger and bitterness, she read a poem about two mothers: one whose child was murdered by the other. Johnson said, “It was such a healing poem all about the community of pain and it showed me my destiny.” She ended up meeting with Israel in jail and talking with him for a few hours. After he showed sincere remorse, he asked for her forgiveness and she gave it. She described how she felt after hugging him moments later: “I felt something rising from the soles of my feet and leaving me. From that day on I haven’t felt any hatred, animosity or anger.”

I believe in the power of love and compassion to create positive change. I see forgiveness (at the appropriate time in the healing process), as critical for survivors of trauma. And I refuse to see the world through an “either/or” paradigm of right/wrong, good/evil, perpetrator/victim. My framework is “both/and.” I wish for us to take the focus off the perpetrators as Burke recommends. What if we instead examined the societal messages that both men and women have inhaled since our first breath? The messages that tell a woman to “be nice” rather that teach her how to say “no,” or the messages that tell men that women are objects for them to enjoy. If we are honest and compassionate with ourselves, fully examine the societal norms and messages that foster sexual abuse, and talk together about new ways for us to relate and value one another, then we can heal together.