Take a Moment of Reflection: To Tell the Truth

by Deb | May 7, 2015 | Change, Transition and Transformation, Learning, Mindful and Intentional, Spirituality and Reflection | 11 comments 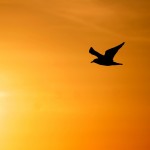 When I was much younger, there was a TV show called, To Tell the Truth. In it, three people would come on the show and present themselves to a celebrity panel. One of the three people had a unique story to tell – they had an unusual occupation or experience – while the other two pretended to be that person. The panel had to determine who was telling the truth. The two imposters were allowed to lie while the person being her/himself was required to tell the truth.

When I think about that game now, I think the person required to tell the truth had the most difficult job. Why do I say that? Because sometimes I‘m afraid to tell the truth even though I hold truth-telling as a major value. When I say “I,” I don‘t mean my conscious self, I mean my subconscious self. I‘m not aware that I‘m not telling myself the truth. It‘s that at a subconscious level, I‘m afraid to access my deepest feelings. And, like the beautiful poem, Our Deepest Fear, by Marianne Williamson, it‘s usually because I‘m afraid to stop being small and to dream big – afraid to trust and believe in myself or afraid to admit that I want a more expansive life.

What dreams are you hiding from yourself? What would it take for you to believe in yourself?