Junot Diaz Broke His Silence and It Brought Me to Tears 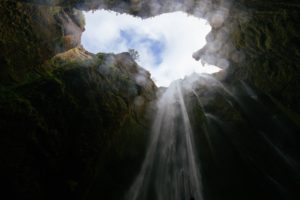 “The wound is the place where the Light enters you.”
Rumi

In his article in the April 16, 2018 issue of the New Yorker, Author and Pulitzer-Prize winner Junot Diaz breaks his years of silence about being sexually assaulted as a child. His heart-rending account, which details the toxicity of keeping experiences like these secret and unspoken, brought tears to my eyes.

I so relate to the feelings of “bottomless self-loathing,” self-blame, and thoughts of suicide. I know from my own experience that breaking the silence, moving into and through the trauma is the only way to the other side. Diaz describes the rape as defining him. With me, it was only after working through the trauma that I was able to become a person who survived incest, rather than a self-identified incest victim.

In describing what it was like to break the silence and face his trauma, Diaz writes: “In Spanish we say that when a child is born it is given the light. And that’s what it feels like to say the words … Like I’m being given a second chance at the light.”

If you are holding silence, know that there is light at the end of the tunnel.