A Clear Picture of Privilege 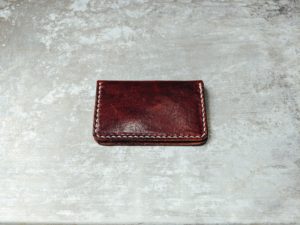 The other day, I left the house and realized, once I had arrived at the subway station, that I had forgotten my wallet. If I went back home, I would have been late for an appointment with a client, so I was stuck. I had about $1.50 in my purse and it cost $2.25 to get on the subway so I had to ask a complete stranger for a dollar. He gave it to me without hesitation.

When I arrived at my client’s office, I realized with anxiety that this was a building in which visitors have to show identification to be admitted access. Not having my wallet, I was not only without money, but without identification as well. I approached the security guard with a pained expression on my face and explained why I could not show my identification. Without even calling the client to confirm that I was a legitimate visitor to the building, the guard allowed me access without skipping a beat.

To get home, I had to borrow carfare money from my client (a bit embarrassing). As I walked back home from the subway station, remembering that I had no money on me, I thought to myself, I’ll just go to the bank and get some cash. It took a moment for me to realize that since I didn’t have my wallet, I was not only without cash, but was without a bankcard as well.

This experience provided a stark picture of the privilege that I, as a middle class white woman, am able to take for granted that many others cannot. Had I not been white and dressed in business attire, I might not have been given the dollar that enabled me to get on the subway. Similarly, it is not likely that I would have had such an easy time passing through security at my client’s office if I were a Muslim woman wearing a veil. And while it was a bit of an inconvenience not being able to access my bank account without my bankcard, I was not faced with having no access to cash whatsoever.

What are the privileges you take for granted?